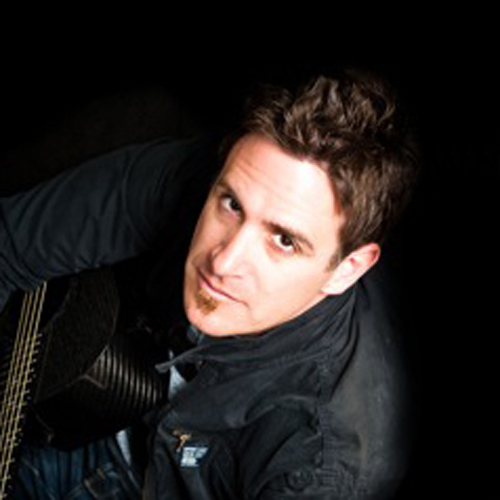 “When people find out I grew up in Canada, they naturally expect that
I played hockey. But I didn’t – I was the kid that begged his parents
for piano lessons.”Zac Wrixon’s love affair with music started early. “There was a really
great mix of music at home”, he recalls, “everything from Gordon Lightfoot
and Kenny Rogers, to classical composers. I started playing classical
piano at age six, but at the same time I learned every word to “Lucille”
and played those Lightfoot records until I wore them out. My parents still
have a picture of me, four years old, wearing these giant headphones,

conducting in front of the stereo.”

Eventually the pull toward the guitar was too much to resist. “My
brother had this cool old Peavey that I used to sneak into his
room and play when he wasn’t home. I loved 80’s pop music”, he says.
“Still do. I had a friend two doors down that introduced me to Chicago, Journey,
Bon Jovi – stuff I still listen to.”

But a turning point came the first time CMT came on. “I remember seeing the
video for “The Bluest Eyes In Texas” by Restless Heart. The sound of that song
just hammered me – the melodies, the harmonies, Greg Jennings’ guitar…it just
sucked me in. I became totally obsessed with those sounds.”

For Zac, the progression to writing country music was natural, but far
from deliberate. “I wanted to be a blues guitarist”, he recalls, “but
I couldn’t write it. Everything I wrote was country. I couldn’t write
anything else. Eventually I embraced it and realized it was what I was
supposed to do.”

County Lockdown. He is a staff writer for Dan Hodges Music LLC in Nashville and
signed with CCS Rights Management in April, 2013.
Go to Top