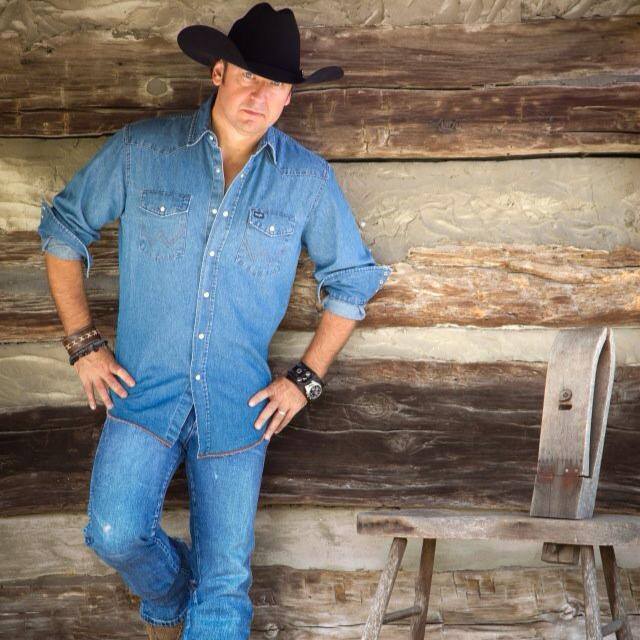 “I remember being 13 and standing around at a Waylon Jennings concert at Lanier Land Music Park with my parents. My dad, who can talk to anyone, struck up a conversation with one of the Hell’s Angels, who was doing security. The next thing I knew, the guy said, ‘Well Waylon likes kids,’ and I was on my way back stage to meet him.”

Thus began a lifelong friendship that would lead Tommy Townsend into the studios and learning from his ultimate music mentor, Waylon Jennings. Tommy was born in rural Blairsville, GA, and like most southern boys, Tommy was taught time-honored values of hard work, love of God, of family, country, and country music.

His earliest music recollections date back to a five-year-old standing on his bed with a mic, decked out in cowboy duds, beltin’ out a song to an attentive audience…his dresser mirror. His dad would play bluegrass guitar and sing, and the records of Conway Twitty, Vern Gosdin, Keith Whitley, Hank Jr., Merle Haggard, and of course, Waylon Jennings, were mainstays in the Townsend home. His first experience on stage was playing drums in a local square dance band with his father on bass and his cousins on fiddle and guitar.

His first live singing performance happened by chance. “I was twelve and playing drums for a band, and we were set to play in the school talent show, when the lead singer backed out. My buddies and I decided to go ahead and I volunteered to sing, even though I was scared to death.”

By 15, he’d gotten his courage up enough to record a small studio tape and give it to Waylon. Shortly afterward, he also met Jerry Bridges, Waylon’s bass guitarist and co-producer. The two men were impressed with Tommy’s fledgling effort and promised to take him in the studio when he was a little older.

Music still tugged at his heart, and by this time, Tommy was writing his own songs and going back and forth between Georgia and Nashville, always keeping in touch with Waylon and crew. At age 18, Jennings and Jerry Bridges kept their promise and took Tommy in the studio and produced some sides. It would be the first of many times Waylon and band would take Tommy under their wings and into the studio, and occasionally, out for an appearance on the road.

One of Tommy’s fondest memories related to Waylon’s guitar. “Just before I got called out to perform, the guitar tech told me he didn’t have time to finish stringing my guitar and to just go ahead and use Waylon’s.” When he got on stage, Tommy, rather sheepishly told the legend he had to use his guitar. Waylon laughed and said good-naturedly, “This friendship shit is going too far.” Then he strapped the guitar on Tommy and said, “Here ya go Hoss.”

Jennings was free with his advice on stage, in the studio, and also about life. Having fought his own demons and come out on the other side, he advised Townsend “never to do drugs, never get mixed up with the wrong people.” His last words of advice to Tommy were, “do what you feel and never compromise.” Certainly words the outlaw lived by.

Waylon continued to be a pivotal force in Townsend’s life, and the two would collaborate several times over the years, with Waylon playing on some tracks and singing harmony. But, when it came to the business of music, ole Waylon stayed clear saying, “Tommy, I don’t want to take our project to the labels myself, because if they found something wrong with it, it would make me mad, I’d piss them off and ruin your career.”

Following Waylon’s death in 2002, Tommy continued to perform regularly with Jennings’ band as well as performing his own dates. He soon caught the attention of music veterans including, Raul Malo, the lead singer for the multi-award winning group The Mavericks, and Grammy Award winning songwriter/producer, Bobby E. Boyd. Working with Malo and Boyd, Tommy began to write and record a new album. The rollicking anthem “Cowboys Want It” took a quick foothold at country radio. “The idea for the song came from co-writer Tom Colwell,” Townsend says. “The more we worked on it, the more fun we had, and it was obvious from the first time we played it on stage that the audience was having a ball, too.”

With an album ready for market and an attitude ready to take on the world, Townsend is poised to make his dreams come true and take his career to a whole new level.