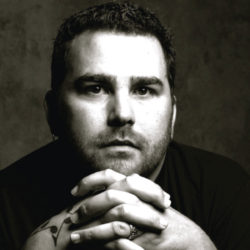 Steve Freeman is a professional songwriter and award winning record producer. His credits as both can be found on over a million records sold worldwide, as well as heard on radio stations around the globe. Over the last decade, his songs and the albums he’s produced for both major label and indie label artists have been praised by the likes of Billboard, Gavin, R&R, Country Weekly, New Music Weekly and Music Row Magazine.

As a songwriter his songs have been cut by artists in several genres including Country, Pop, Rock and Christian Contemporary, including the international #1 pop single “Where’s The Good In Goodbye” by David Aldo which he also produced. He now writes for StarNote Music, a BMI publishing company and co-venture with Dan Hodges Music, named in honor of the five point star made of music notes found tattooed on his right hand.

As a producer, Steve has been hired to produce music for everyone from major and indie labels and artists, hit television shows, independent films and major motion pictures to theme songs for a 2012 Presidential Campaign. In the last two years alone, Steve has produced two #1 singles, a #2 pop single and 8 Top 40 singles across pop and country music genres.

In 2011, seeing a need for a new music business model, Steve along with two other partners including serial entrepreneur and former Yahoo board of Directors member Randy Adams, founded Render Records. The Label/Artist Development Company exists to find new and emerging artists, give them the highest quality tools in the creative process, which in the past have been reserved for major label artists, and employ a new media marketing strategy that is directed toward getting the music directly to the public and fans by using all forms of media including radio and television, but focusing heavily on new media and social media outlets like YouTube, Twitter and Facebook. In addition to signing artists directly to the label, Render also has an Artist Services Division in place to help independent artists that don’t wish to sign to a label but require label services such as single/EP/album production, retail and digital distribution, radio promotion, publicity and management services required to be competitive in today’s music business environment. Currently Render Records has an artist roster of 8 artists including David Aldo, DOWNDAY, Jason Charles Miller, Sherri Abbate and Lisa Torres. The artist services division is currently guiding the careers of 4 additional artists. Since Render’s inception in early 2011, the label has charted 5 singles at radio in the U.S. and around the world and has seen their artists featured on the front page of the iTunes store, countless entertainment industry publications and music videos showing on networks world wide.

Steve spends most of his time between his offices in Nashville and Los Angeles writing with other hit writers and artists on a daily basis, producing acts for both indie and major record labels and overseeing the operations of Render Records. He works tirelessly to find and develop new artists and writers and often serves as a creative consultant to smaller publishing and entertainment companies around the the country helping grow their catalogs, groom their artists and mentor emerging songwriters. Steve is a voting member of the Academy of Country Music, the Country Music Association, the Recording Academy. Steve currently resides in Nashville Tennessee with his wife Stacy and their two daughters Mackenzie and Chloe.