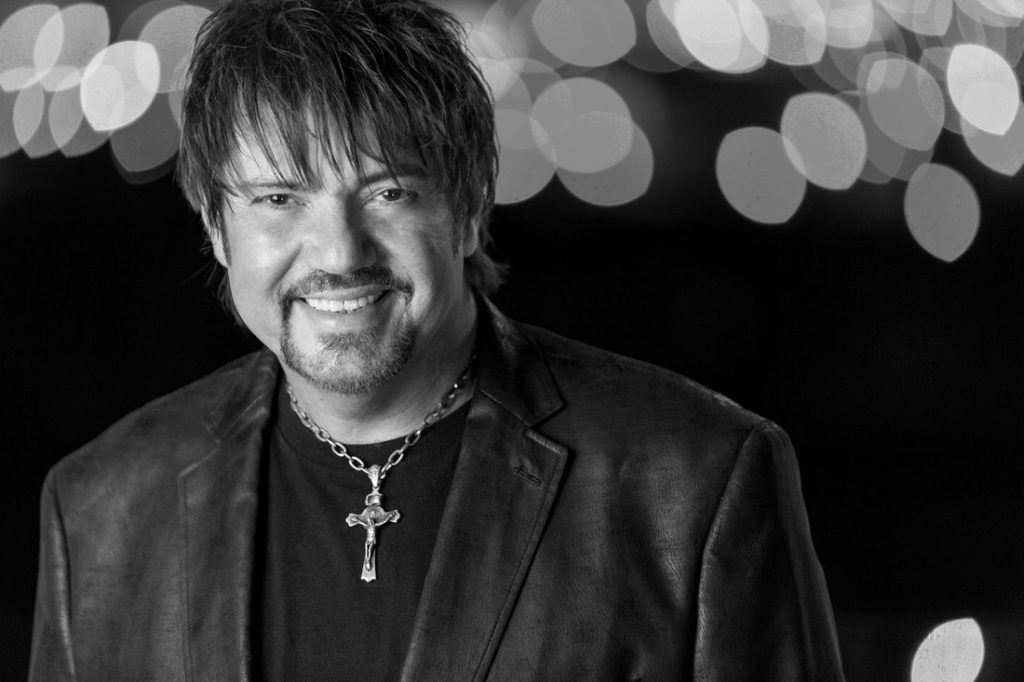 “As an artist, I have certain goals at this point in my life, and that is to make the music that I want to make, without anybody saying it needs to be this way or you should do this,” says Bates. “I know I have the best fans in the world. They’ve been loyal, and they’ve been with me through thick and thin. I know what they ask for and what they want to hear, so I want to make that kind of music. I want to make music that I’m proud of – just once – without it being filtered through everybody else’s creative mind.”

And that is exactly what he is doing, not only with just one album, but several that are currently in the works. Bates, a huge Conway Twitty fan, has started a new record simply titled, Me and Conway. The collection will include six original tunes, as well as six Conway Twitty classics, including some possible duets. “My fans have screamed for years for me to record some Conway Twitty songs,” Bates says.

Other musical projects Bates has in the works include a Greatest Hits project as well as a unique Christmas concept CD. In the meantime, he is proudly co-managing and producing newcomer Michael Ray from his newly-built Bates Shop Studios.

However, his life and career have not always been on such a positive path. Bates took a dark detour from life in the late 90s where drugs and alcohol overtook his world and landed him in jail. The day Bates woke up from behind the cold, metal bars, he knew that only one person could help him turn things around. ?? “A lot of times you get trapped in a situation like that and you want to make a deal with God – get me out of here and I’ll be a better person,” Bates says. “I didn’t want that and I didn’t ask for that deal. I simply said I don’t want to be this person anymore … please help me be a better person. That was all I was after, no matter how long I had to stay in jail to do it.”

Some are not nearly as fortunate as Bates when they find themselves in that kind of situation, but he is one of the few who stayed strong in his choice to change. Just two years after being released from jail, Bates inked his first record deal with RCA Records and released his debut album, Rainbow Man. Three more albums would follow for Bates, including Leave the Light On (also on RCA), and his self-titled project and One Day Closer, both on Black River Entertainment.

However, his greatest accomplishment through it all is not scoring his first Top 10 single or having a hit album under his belt… its being a loving father to his beautiful daughter, Brianna.

“Being a daddy is my No. 1 job,” Bates smiles. “Nothing is as satisfying to me as being that little girl’s daddy. I try to give her a normal life when there’s nothing normal about doing what I do. One of the biggest changes with fatherhood for me is making decisions based on what’s good for her, rather than just what’s good for me or my career. God gave and trusted me and my wife with this little life, and I think that’s No. 1. What’s most important is making sure that she’s not only taken care of, but that we put thoughts into what we do to make her grow into the person we want her to be. She is so amazing. I’ve been around a lot of kids in my life, and I’ve never seen a child this young that’s this smart. She scares me sometimes!”

Being new parents has also helped the Bates’ become more aware of those in need, especially when it comes to children. Compassion International flew Bates and his wife to South Africa to see first hand the work they do to help aid families seek much needed care, medical attention and education. “It changed my life forever,” Bates says of the emotional trip that encouraged him and his wife to sponsor a child through the organization. “These families get up every day and it’s a struggle to find something to eat. I think that takes so much courage. To see that level of poverty, and then to see the heart and spirit of these people, where they’re just glad you came and for whatever it is they have, and they want to share it with you … I had never seen anything like this in my life. It’s become a big passion of mine to help them.”

While continuing to work on his own musical projects, his book, working with other artists, and being a full-time daddy, Bates also maintains a busy touring schedule each year, as well as speaking engagements to share his story with those to help prevent them making the wrong decisions in life as he did some 20-years ago. “I share it all through song and story,” says Bates, who won the ICM Faith, Family & Country Awards title for Mainstream Country Artist in 2011. “I share the trials and tribulations to drug addiction, going to jail, finding Jesus in jail, and what He’s done in my life the past 13 years. I’ve been clean and sober now 13 years.”

Not a single day goes by for Bates that he doesn’t count his life’s blessings. Bates takes pride in being an inspiration to others and is honored to give back in any way he can, especially through music. “There are so many things out there competing for entertainment,” says Bates. “I just want to make the music that I want to make for the people who want to hear it and continue to grow that fan base. It’s been so much fun. My fans have been a huge blessing, and I love making music for them.”