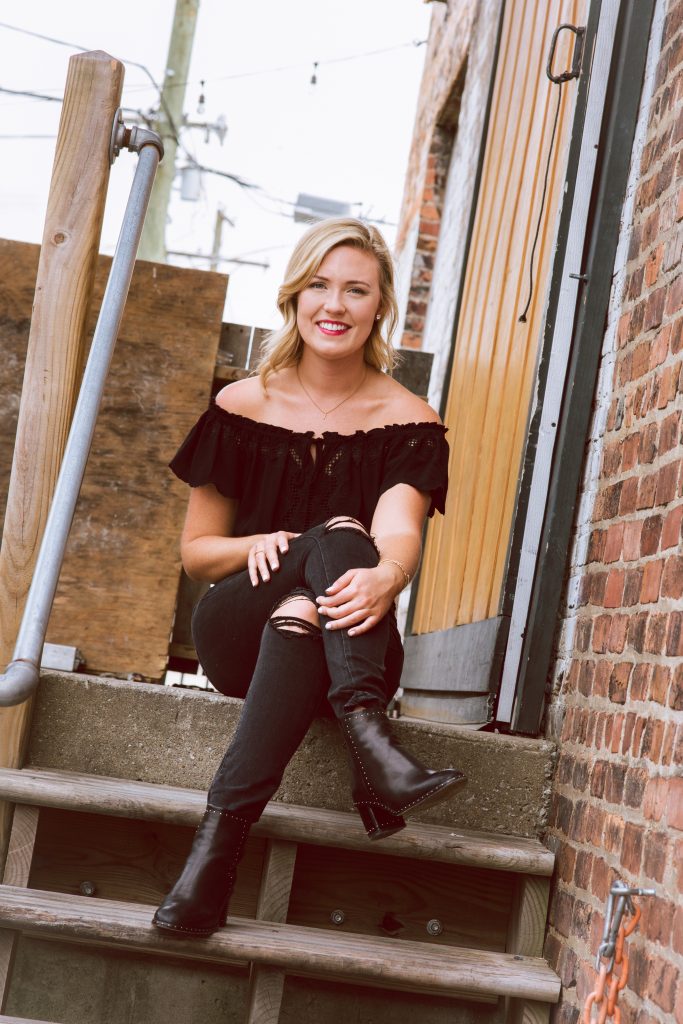 Nashville singer/songwriter Hannah May Allison grew up in Palo Alto, California, in the heart of Silicon Valley, a few minutes away from the headquarters of Google and Facebook and a half-hour drive to San Francisco.  Like most California girls, Hannah May grew up listening to pop music.  But she also developed a deep love of traditional country music through the influence of her mother, formerly a professional country singer who hails from the western plains of Kansas.  Hannah’s beautiful melodies and haunting lyrics embody both pop and country sensibilities.

Hannah graduated from the songwriting program at Belmont University in 2016.  She writes full time and plays regularly at Nashville’s top singer/songwriter venues. She is an integral part of an up-and-coming songwriting group called SMASH:30―a group of five new artist/writers (Hannah May, John Miller, Ashley Scire, Sean Swenson, and Clayton Severson) who play and write together and have been stirring a buzz around town.  In early 2018, Hannah May and her SMASH:30 friends signed a publishing deal with Dan Hodges Music. She is excited to embark on this next chapter in her career in partnership with Dan Hodges Music.