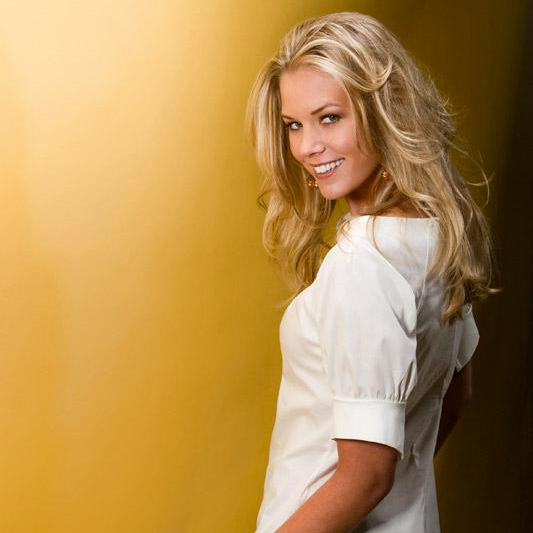 Some say it takes talent, some say it’s just luck, and some say hard work’s the key.  But ask Angie Broberg what it takes to have a career in the music business, and she’ll tell you it involves all three.  “Of course it takes a little luck,” Angie says, “there are so many talented people in this world!  However, I believe the luckiest people are those that work the hardest.”

And work she has!  At the age of 13 this small town Nebraska farmer’s daughter knew that a career in country music was in her future.  From the first time she took the stage she realized the passion she had for singing and performing was not going to go away.  Upon entering high school Angie began looking for performance opportunities outside of her church and school where she often sang.  Soon she was broadening her horizons with performances at local fairs, festivals and benefits throughout the Midwest, headlining shows as well as opening for national acts.

With 4 years of touring, one independent record and two years of college at Concordia University in Seward, Nebraska behind her Angie moved to Nashville to pursue a degree in Music Business from the Mike Curb College of Entertainment and Music Business at Belmont University.  Just a year later, in the fall of 2004, she was selected as a finalist in the University’s Country Music Showcase.  In addition to working on her degree and completing internships at both Song Garden Publishing and Sony’s A&R department, Angie began her career as a songwriter.  It didn’t take her long to fall in love with the craft.

In 2006 Angie was selected as one of the top six unsigned country artists by the Country Radio Broadcasters.  A graduate with honors from Belmont she is now focused on writing and recording new material as well as performing in and around Nashville.  She is currently working with producer Chad Carlson (Lauren Lucas, Rachel Proctor), and is very excited to be working closely with those who understand her and her musical style.  Her new EP “Without A Net” which contains five songs (four of which were penned by Broberg) was released in August of 2008.

From the spring of 2009 until April 2011 Angie was signed to an exclusive songwriting deal with Magic Mustang Music and Dan Hodges Music where she built a great catalog with cuts in Germany and the Texas Market.

Angie has been described by various people in the music industry as a professional who has an excellent mix of talent and charm, as well as a refreshing burst of energy that allows her to interact well with her audiences. When asked of her ambitions, Angie says, “My goal is to keep doing what I love to do each day of my life, and that’s writing and performing music for everyone who will listen!  I’m so blessed to have this opportunity and I hope to be a positive role model for music fans of all ages and genres.”