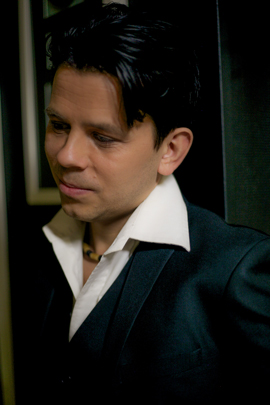 Andreas ”Stone” Johansson was born and raised in Arlov, a suburb of Malmoe in Sweden. Andreas studied music in upper secondary school, after that he attended a gospel folk high school as a pianist and later got a masters degree after a 4.5 year long education at “Malmoe Musical Universaty. Andreas has written songs his whole life and is an exceptional talented musician, singer, writer and producer signed to the publishing company RoastingHouse Music in Sweden. Andreas has so far penned 10 No. 1 singles in Japan, many of them have also been released in Korea, Taiwan, China and the rest of Asia. In total, Andreas has had about 11 million sold units, around 40 no.1 placements on the charts in Japan or Korea, counting album tracks , singles and b-sides singles with major artists such as ARASHI, SHINee, TVXQ, SUPER JUNIOR, CHO YONG PIL, KAT TUN and EXO. Andreas has been rewarded with several gold and platinum certificates, including some of this year’s biggest singles with artists ARASHI and EXO during 2014. There are also a number of major placements waiting to be released in 2015. Apart from Asia, Andreas has written upcoming single, “Chariots” , to the American legendary group All-4-One to celebrate their 20th anniversary since the group won a Grammy for “I Swear” . Andreas also has 2 more songs on their upcoming anniversary album. Andreas has written songs for artists such as: “Paige Prescott”, a finalist in the Canadian TV program “The Next Star” . “Raylee” a Norwegian music TV program star from “Stjerneborg fight” Andreas wrote he single “Back To Now” and has five more songs so far on her up and coming album. “Twenty Twenty” Andreas wrote the title track on the English pop duo’s album “25th Hour” . English pop artist “Moya”, Swedish/Iranian “Arash”, Danish Grand Prix winner “Jakob Sveistrup” Norwegian “Nilsen & Aalberg”, Finnish hard rock band “Saurexet” Duo “Wrethov & Kase” which became a sensation in Poland The boy band ”The United”, Swedish / Dubai – artist ” Theresé Neaimé “